My Review of Semiofest, Paris 2015 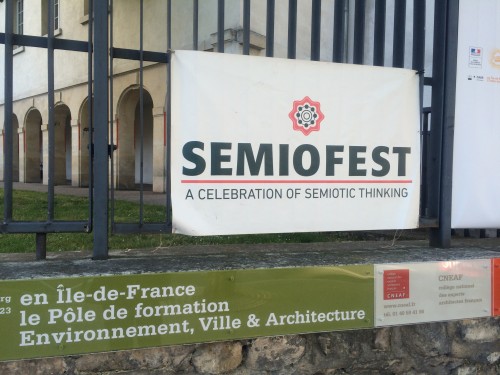 INTRODUCTION
My abiding impression of this year’s Semiofest is that the event is now maturing into something very special. Our aim for Paris was to bring Semiofest back to a mecca of semiotics and create some scale as well as to continue to grow the brand on behalf of the community who support us. We want to establish Semiofest as a must attend event for all those involved in semiotics and associated techniques. We also want Semiofest to be a place for non semios to get inspired by intelligent content, keep up with innovations and insights in design, communication and brand strategy. In Paris, the standard of presentations was high; the atmosphere was convivial and fun. 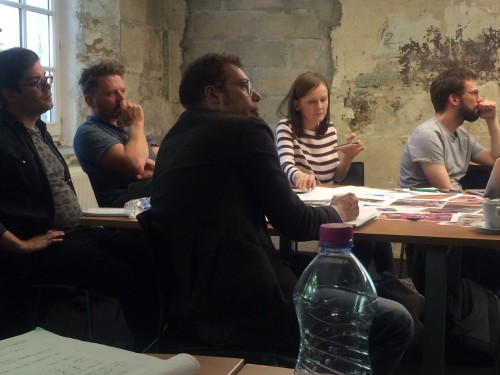 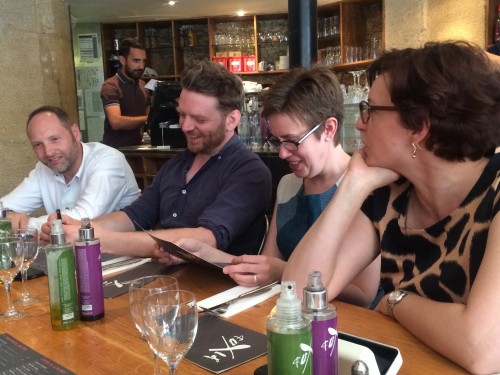 Janaina Antunes, who made a survey of the atemporal and non-geographical traits of much of our cultural production, showing that the internet and digital culture had eroded our ability to pinpoint the cultural lineage of artifacts, leading to one of my favourite phrases, that we are being ‘ravished’ by data. Antunes says unclassifiable glocal, hypermedia production is “transforming the world into a kaleidoscope of intersecting glocal strongholds for the circulation of information, images and data”.
Ximena Tobi showed how semiotics and sign making could be used in collaboration with qualitative research and Google Maps to map the symbolic occupation of contested spaces – in this case during a university occupation in Buenos Aires. This is in aid of promoting proper recycling in the social science faculty of her university.
Berenice Mariau showed how the television news reports from French television for instance TF1, of how personal tragedies are constructed around certain patterns of discourse and of visual representation and how these enabled journalists to tell a story without much tangible footage of how and why the incident took place.
Marianne Cara presented on an underlying cultural rule of Brazil – that of svelteness and movement and showed how this was expressed through the exuberant antics of Carmen Miranda to capoeira dance to Oscar Niemeyer’s architectural curves to the footballer Ronaldhinho Gaucho’s athletic feints and how this aesthetic of slinkiness made its way into blog photography through comparative analysis of various fashion catalogues. She concludes that the Brazilian nation is an Ethical-Aesthetic project.
Natalia Hoffman talked about how important it is to integrate the cognitive layer into how we practice semiotics – how if we have all this knowledge about the brain it is madness not to integrate this into how we actually process mental phenomena. She went on to describe other instances where this layer would add extra insight.
She started off by discussing the classic Pepsi Challenge and the taste test which tells us important things about how brand preference is formed. What we see is that even those who initially prefer Pepsi, when shown the brands attached to the two cola formulas are revealed revert to preferring Coke because associative memory and higher order parts of their brains override their purely organoleptic reaction. She went on to urge more application of cognitive semiotics within branding.
Finally, Xiajoing Huang, who presented at Semiofest Shanghai, presented on how trends are used to trace the evolution of sub cultural trends in China. We learned that trends now come straight to China from Europe or the US (having previously come via incubator markets such as Taiwan or Korea) and they usually stem from outside China, Japan being a strong source of inspiration having spawned the kuso (reveling in rubbish renditions of things on the internet) trend and ‘loser’ archetype which is very close to the otaku and hikikumori typologies in Japan and then the Muj-ists who take their purchase philosophy from the Muji aesthetic. This was a look at the cultural churn accounting for the trends growth in the world’s biggest market.
FRIDAY 5th JUNE: CONFERENCE DAY 2 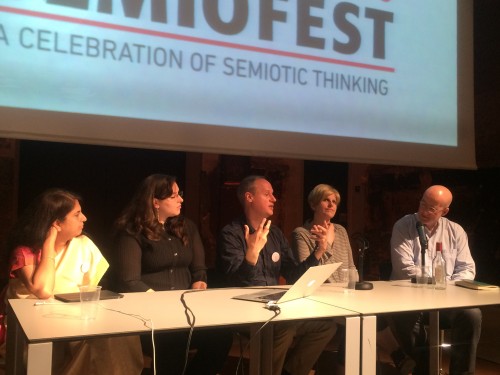 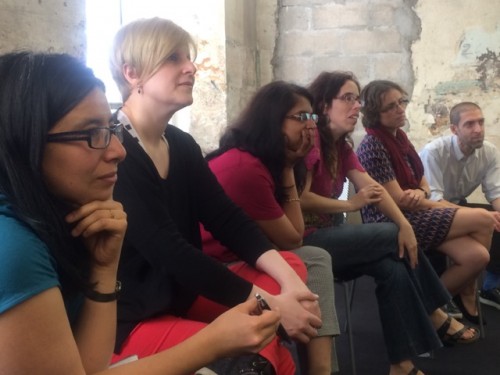 Both clients said that they were impressed by the speed with which this virtual team had arrived at such creative, lateral conclusions and the conviction and level of detail with which they were presented. For me the Bootcamp was an absolute triumph – the fact that all these teams could come together and put together such insightful, practical solutions by blending theories is resounding vindication of the semiotics methodology as a profound and effective communications solving tool not enough end user clients know about, appreciate or use as part of strategic planning.
CONCLUSION
So, once again, Semiofest has justified all the hard work and recharged my batteries. For me it is a way of reconnecting with my métier. It is an affirmation that others out there not always appreciated or understood, are doing useful work identifying signs in society that no-one has yet identified, helping midwife great strategies into great creative, helping to salvage and re-position brands or to rethink product portfolio strategies. It has sent me scuttling off to forge new ties, pursue new theories and techniques, to study new media, and with renewed confidence in this thing that we call semiotics. I know that this sentiment is shared by quite a few other participants.
And the proof is in the pudding. Scanning through the feedback forms lets us know that we have had some of the best feedback we’ve ever had. Participants commented that they found the event inspiring and those practitioners of semiotics found that it replenished their batteries and re-energised them around doing semiotics, knowing that even though it may feel sometimes like they are toiling away in obscurity, they are in fact part of a supportive craft community. What emerged from the feedback forms are that people appreciate the fun atmosphere, focus on informal networking and sharing of ideas, the unusual mix of practitioners and academic researchers, and the varied presentations on topical issues in visual culture and brand communications. It seems this year that we scored highly with the training on the day before the conference, proper, began, and the Boot Camp event on the day after it finished. These are both elements that look set to become fixture in all the Semiofest events to come. Furthermore, we got universally top marks on being both ‘well organised’ and ‘helpful and courteous’ and that really means a lot to us.
As a non-profit organisation we are extremely focused on the WHY of what we do.
Our main focus is very simply to nurture and propagate top level semiotic thinking.
We set up Semiofest in order to create a forum for people to celebrate semiotics in all its forms and to allow sharing of ideas and networking between people involved in semiotics. Our values are INNOVATIVE, CRITICAL, COLLABORATIVE, OPEN and FUN. We feel that our values were certainly expressed within the 2015 Paris edition.
And finally, the litmus test, the vast majority said they intended to attend next year and all, without exception said that they would recommend it to others. What I find most heartening is even where the feedback was critical or quibbling (rare), the attendee signalled they’ll be coming back next year or recommending it to others. 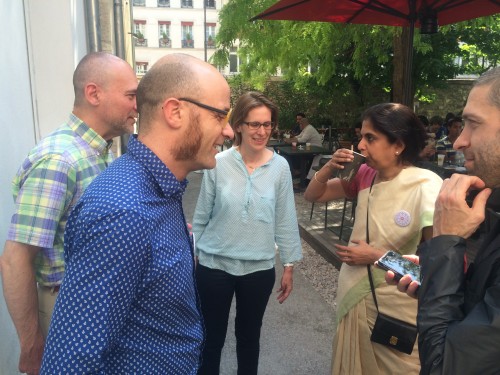 We know we cater for different audiences and we still had some wanting more pure semiotics and some who were craving more applied case studies. We always try to balance these imperatives, and it’s a tough balancing act which we don’t always succeed in meeting, but we feel that the majority of our participants want the rigour and theory AND the practical outcomes, not EITHER OR. This is what we strove to stress in our Call for Papers and apply as a filter in our ultimate selection process.
We feel that the Paris edition of Semiofest has indeed helped people to fall back in love with semiotics. We know that Semiofest is not perfect, but through what the Japanese call kaizen, or constant improvement, we are committed to putting on an even better event next year by retaining the best things, building on our virtues and addressing the flaws to continue to improve and make prototype # 5 the best yet!